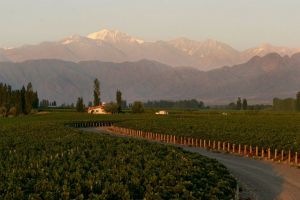 First, SOHO will pour a 2010 Hogue Cellars Genesis Cabernet Sauvignon from Columbia Valley, Washington. Says the winemaker, “The 2010 Cabernet Sauvignon has a silky richness and great depth with blackberry, blueberry, and strawberry flavors, along with a trace of warm vanilla and nutmeg.“

Next, SOHO will pour a 2010 Luigi Bosca Cabernet Sauvignon from Mendoza, Argentina. The winemaker says of the Cabernet, “(The) Luigi Bosca Cabernet Sauvignon is a very bright red color wine, with spiced and fruit aromas (cassis, blackberries) and floral notes integrated as a result of ageing in oak. It is well-structured and full-bodied on the palate, with ripe tannins and sober
personality. A very well-structured red wine, with hints of pepper in the palate, complex and with a long finish.”

Finally, SOHO will pour a 2011 B Side Napa Valley Cabernet Sauvignon from Napa Valley, California. Says the winemaker, “Our 2011 B Side Cabernet Sauvignon opens with aromas of plum, blackberry compote, cardamom and hints of cigar box. Black cherry and cassis flavors transition to bittersweet chocolate and espresso through the midpalate, revealing layers of depth. This wine is full-bodied, with well-integrated oak and smooth, supple tannins.”